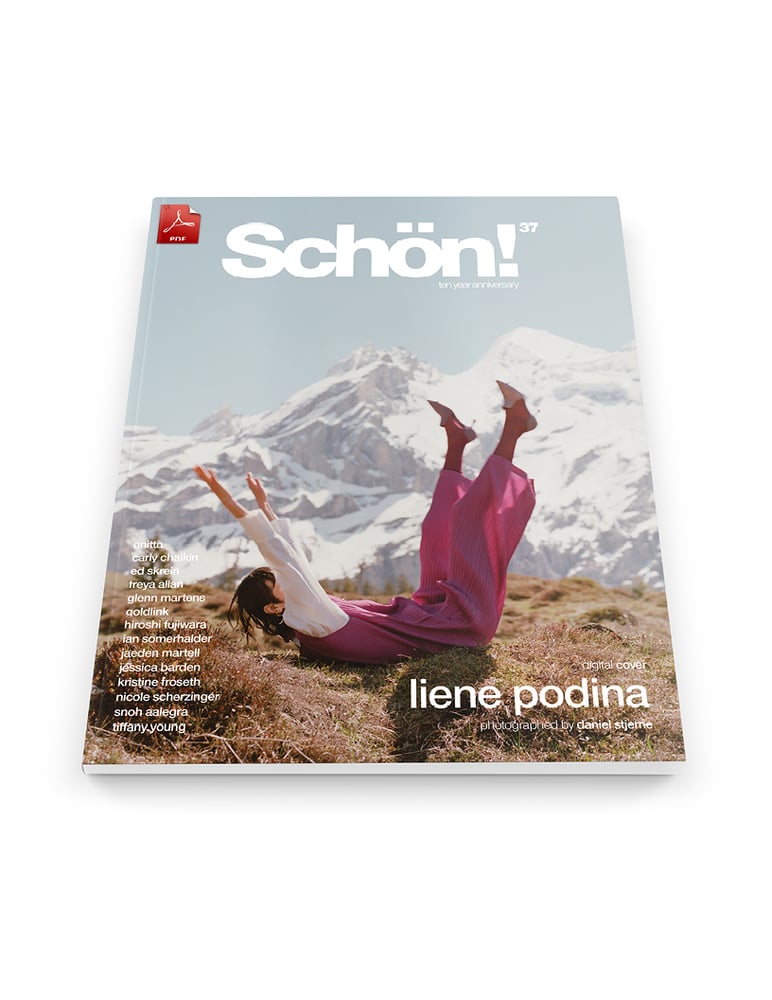 Issue 37 of Schön! truly is a special one. As we celebrate our tenth anniversary, the number ten becomes our main conductor. Schön! 37 is all about grand locations, grand designs and, of course, grand talent. Starting with our print cover star Kristine Froseth, photographed by Nick Hudson in New York. Clad in CHANEL regalia, the starlet opens up about Looking For Alaska and how one seemingly small character changed the entire course of her life.

Beginning with the music scene, Nicole Scherzinger talks about her past and future in music and TV, the enigmatic Goldlink discloses his journey from selling drugs to the Grammys, Soul singer Snoh Aalegra pays homage to her mentor (none other than Prince himself), Brazilian megastar Anitta discusses going from the favelas to global stardom and K-pop royalty Tiffany Young tells us of her new life as a solo artist.

Turning to film and TV, newcomer Freya Allan showcases her bewitching powers ahead of the long-anticipated premiere of Netflix’s The Witcher. It star Jaeden Martell talks about closing his Stephen King chapter and working on Knives Out. Carly Chaikin gives us the inside scoop on Mr. Robot’s last-ever season and her writing ambitions. Ian Somerhalder introduces us to his next project, V-Wars, as he sprints through JFK. Game of Thrones star Ed Skrein tells us about mega-movies Maleficent 2 and Midway; and the talented Jessica Barden talks about The End of the F***ing World’s sophomore season.

In the fashion realm, apart from editorials galore, we meet up with Turkish designer Dilara Findikoglu, Y/Project’s Glenn Martens explains how he built his brand and GOODENOUGH’s Hiroshi Fujiwara gives us a lesson on Japanese streetwear. We also take a trip around the world with Scotch & Soda and hit the road (quite literally) with BMW Motorrad.

Because a decade truly is a cause for celebration, we’ve decided to introduce our first-ever digital covers. Highlighting fashion and talent, we’re presenting ten additional digital covers — one for every year of the magazine’s trajectory. Simply choose your favourite when downloading our digital magazine.

Grandeur has no limits; that’s why we’re celebrating ten years with a bang.

DOWNLOAD NOW TO YOUR DESKTOP ONLY!
please note you cannot download to your tablet or mobile device directly!
for you mobile device visit http://bit.ly/schon37app